Formed in 1969 as Masterton United, following the merging of Lansdowne United and Masterton Athletic. The club later merged with Douglas Villa to form Masterton in 1974, and continued under that name following the former’s withdrawal from the amalgamation in 1976.

Later, the club again merged with Douglas Villa to form Wairarapa United in 1991, playing home games mainly at the Park Sports ground, under the coaching of Bill Ilott, but the venture only lasted 1 year.

The club name then reverted to Masterton, before merging with Carterton to form Wairarapa United in 1996, with Hullena Park becoming the home ground. It continued here until the end of the 2002 season, and after taking a year’s hiatus from playing in 2003, reformed again in 2004 using Howard Booth Park in Carterton as the home base.

After reforming at Carterton in 2004, the team was re-graded back to Capital 1, regaining Premier League status for 2006, followed by promotion to Central League for the 2009 season, where the team has remained ever since.

During these years the team had a number of home grounds, even including a season when home games were played at Maidstone Park in Upper Hutt. Finally in 2015, thanks to Wairarapa Bush Rugby Union and the Wairarapa Multi Sports Trust doing the groundwork, an artificial turf was laid at Memorial Park and the club found what is hoped will be a permanent home.

From 1996 until 2009 the club operated under the auspices of either Masterton or Carterton Club and
to all intents and purposes was considered a Wairarapa representative team, able to draw players from other Wairarapa clubs, although this rarely happened.

However in 2007, NZ Football ruled that the club could no longer enter the Chatham Cup using this arrangement and as a consequence, Wairarapa United became an autonomous club with it’s own constitution in January 2008.

The men also had a reserve team from 1996 – 1997 which was resurrected in 2002 when the 1sts were promoted to Capital Premier on the proviso the club fielded a team in the Premier Reserve grade. This team has continued on until the present day, other than 2004 which was the season that the first team was resurrected. The Reserve team play in Capital 2 grade in 2018.

With all home games at this time were being played at Memorial Park, and having more playing time available, a Women’s 2nd team was formed in 2016. The 2nds began the season in Capital Div 3, progressed to Div 2 and finished the season in Div 1. 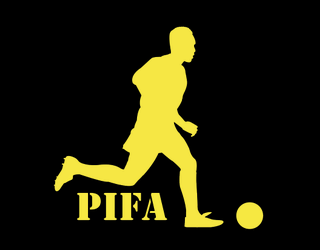